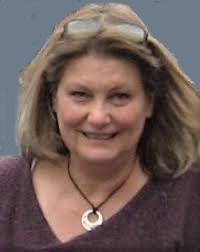 This is a really special introduction of someone I am confident my romance readers will LOVE! I’ve known Linda Needham for at least a decade. We met at a local Romance Writers of America meeting in Portland. I found her to be kind, funny, and most of all she was already a multi-published author with Avon and Harper Collins. Linda is most known for her stories set in Medieval, Regency and Victorian England, featuring “dangerous heroes and the fierce-hearted heroines who bewitch them, defy them, and love them ’til the end of time.”

Back then I had published SF short stories in a variety of magazines and four non-fiction books, but not yet a novel. I was finding my way in romance, learning everything I could about the genre. Linda was always willing to share her knowledge with me and other new romance writers. I remember an event at her beautiful home once. I think it was a holiday party for the romance chapter. Her home was absolutely beautiful, in an amazing tranquil forest setting. Most of all it felt warm and inviting.

As the publishing landscaped changed, Linda took a break from writing novels to focus on writing and directing plays and musicals while she decided where she wanted to take her fiction writing next. Her play, Rogues & Vagabonds, has been staged at several well-known theaters in Oregon. Now that she has returned to romance writing, her curent series is set in WWII, a new time period for her.

I had a chance to find out what she’s been doing and what are her immediate plans for 2019.

1. In the past you’ve written historical romances not in this time period. What was the inspiration for this series during WWII?

1940-JOSIE and JOSIE & GIDEON’S CHRISTMAS WEDDING are both part of a multi-author, multi-era collection of stories linked to each other by the enchanted Nimway Hall, set in Somerset, England, a magical orb, mystical woods, Nimue, Merlin, and the many generations of the female guardians of Nimway Hall.

I had been intrigued by the English Home Front during World War II since my first research trip to the south coast of England when I spoke with a man who’d been a boy when his Plymouth home was bombed during the Blitz.  But I was writing for a traditional publisher at the time, so the 1940s were out-of-bounds for an historical romance writers.

Nearly 20 years later, publishing times have changed and JOSIE gave me the chance to set her Nimway story in an exciting new time period. I set JOSIE in September and October of 1940 because it was the early days of  the war, the Blitz was raining terror on the British people, food rationing was increasing, the men were in uniform and the  women were waging their own war in the kitchens, the fields and  the factories.

JOSIE & GIDEON’S CHRISTMAS WEDDING picks up immediately following 1940: JOSIE. Engaged to be married in the final, steamy love scene of JOSIE, wartime intelligence agents, Josie and Gideon, are in for a wild adventure as they negotiate the hidden dangers of planning a wedding in the midst of a war.

2. Are there more books coming out in this series/world

There are currently 5 books available in NIMWAY HALL’S multi-era, multi-author collection, with many other books planned or in the works, by authors which include Stephanie Laurens, Victoria Alexander, Karen Hawkins, Suzanne Enoch and Susan Andersen.

3. Are there audiobooks attached to these books?

Not yet, but in the works.

4. What is your next scheduled release?

I will be releasing a 3-book, greatly expanded “Author’s Cut” of my first published book, starting in mid-2019, series and book titles TBD. This will be the story that I was forced to slash and burn before it was published in 1997.

Wow! I’m excited to see what Linda really wanted to write before all the forced squeezing it into a shorter and probably less substantial book. She does amazing historical research and I’ll bet that “Author’s Cut” will be amazing. Below is more information about the two books regarding Josie and Gideon that I know  you will want to pick up ASAP for your holiday reading. 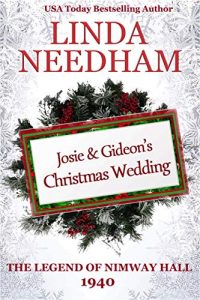 It’s Christmas 1940 and Nimway Hall opens its ancient and enchanting heart to the wedding of Josie and Gideon!

Engaged to be married in the final, steamy love scene in THE LEGEND OF NIMWAY HALL: 1940 – JOSIE, wartime intelligence agents, Josie and Gideon, are in for a wild adventure as they negotiate the hidden dangers of planning a wedding in the midst of a war.

With two months until their Christmas Day nuptials, and an impressive guest list that includes their two very large and very different families, dear and influential friends, peers and prelates, stars of stage and screen, an admiral and more than one member of Churchill’s War Cabinet, Josie Stirling quickly discovers that adding the planning of Somerset’s wedding of the year to her already over-scheduled days – overseeing Nimway’s vast wartime estate, volunteering for the war effort, and managing her secret intelligence work – may be the straw that finally forces her ask for help from the people who love her, when she was so certain she could do it all herself.

Lt. Colonel Gideon Fletcher takes on the role of husband-to-be of the beautiful and capable Guardian of Nimway Hall as fiercely as any military operation, and soon finds himself in a secret war against an unexpected enemy to save the ancient estate from certain destruction.

The matchmaking Orb brought Josie and Gideon together in the first JOSIE book of the Legend of Nimway Hall series. Now the enchantment of Nimway Hall itself weaves together the magic of love and family and the joy of Christmas into a tapestry of Happily Ever After.

Better than getting the one Christmas book, consider getting the previous one at the same time so you can see how the romance began. The Legend of Nimway Hall, 1940: Josie 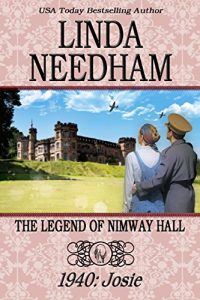 World War II has come to Nimway Hall, and with it an endless series of wartime challenges that its lady and guardian, Josie Stirling, must overcome. As passionate and courageous as each of the guardians who have come before her, Josie is fiercely determined to defend her family’s ancient and beloved estate from all possible threats. But with the recent evacuation of Dunkirk and the bombs of the Blitz raining random terror all across Britain, even the once-pastoral manor farm of Nimway has become as dangerous as any battlefield.

Loved and respected by everyone in her circle of care, Josie is knee-deep in evacuee children, Land Girls, the local Home Guard, a much-reduced estate staff, two cranky tractors and her widowed father she has just rescued from the London Blitz. Her days and nights, and even her dreams are chock-full of wartime charity fund raisers, meeting the strict requirements of the Ministry of Agriculture, leading her local WVS, tending the acres of orchards, the mill, and fields of grain. And even with every tillable square inch of Nimway planted in crops for the war effort, her beloved Balesboro Wood is being threatened with destruction by the Timber Commission.

And to add to her problems, not only has the military requisitioned an entire wing of Nimway Hall, they’ve sent the most arrogant officer in the entire army to command the unit and impose his orders on the finely-tuned workings of the estate. A man as arrogant as he is handsome. Not that Josie has time in her life to notice!

The very last post Lt. Colonel Gideon Fletchard ever wanted was to be holed up in the wilds of Somerset, in an old manor house, far from the front line. But he was seriously injured on a secret mission early in the war and has recovered just enough to command a team of Royal Engineers, commissioned to build operational bases for Churchill’s new Secret Army. Once a highly respected intelligence officer, Gideon resents his demotion to the ‘Home Front’ and has little respect for the so-called civilian army he’s been assigned to recruit and train. War is waged by soldiers in the field, not by farmers and factory workers.

A sentiment the contentious lady of Nimway Hall disputes at every turn. She seems to believe that her work for the war effort is as critical as his. Though the woman’s opinions are seriously wrong-headed, she is as beautiful as she is devoted to her people and he can’t help admiring the firm and resourceful way she manages the estate. Can’t help noticing her fiercely green eyes and the sun-blush of her cheek. Not that he should be noticing such distractions. Not now. Not with a war to win and contact to make with a secret agent named Arcturus.

As the war between the sexes heats up, so does the ancient magic of romance. Josie and Gideon may not be looking for love, but at Nimway Hall they’ll soon discover that love has come looking for them.

Now it’s YOUR chance, readers, to ask Linda questions or just let me know what most interests you about these books. I will enter each commenter into a contest to get both of these books, in ebook form, from the vendor of your choice Amazon, iBooks, Nook, or Kobo. The contest will run for three days from the posting of this blog, November 12th through 14th. I’ll do the random drawing on the 15th.