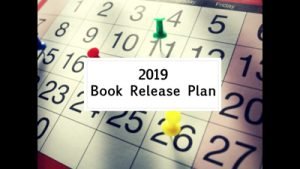 I mentioned in a post to my Reader Group on Facebook, that in July I was planning my 2019 books release schedule. I know it’s hard to imagine I’m already thinking about 2019. If I don’t have a finalized schedule by late October, I tend to start the year discombobulated. 🙂 I also find myself accepting too many joint projects (boxsets, short story anthologies, novella series) with other authors and not have enough time to finish the books I’d planned. Also, having a 2019 schedule forces me to put deadlines on my calendar and work toward them, as well as know when some down times are that my husband and I can go visiting grandchildren or take a vacation.

So here’s what is shaping up for next year:

Two Voices was planned as the final book in this series, and it will be released before the close of this year. When I started the series, I had planned a book for each adult member of the band. So, after Theresa’s story I would be done and then go to a new series. But…when I began the series I didn’t count on Kat becoming such an integral part of the story lines. Her growing up from about age 14 or 15 in Undertones to age 18 in Two Voices has been critical to story lines, to reinforcing certain themes, and as a counterpoint of youthful passion and belief to some of the hardships of the adults. So, I have decided that Kat should have her own book. But I’ll move her forward in time (post college graduation) because I really don’t want to write a book about marriage during college and all that entails. I’m not sure where in 2019 I’ll fit it in, probably in the beginning.

What I have decided is to begin a spin-off series featuring characters over the age of 55 as the protagonists. As many of you already know, I’m 64. So, once again, I’ll be writing stories about the experiences of my life and that of my friends in this time of life. My Sweetwater Canyon books were stories of my memories or of those who are significantly younger than me and the challenges they face. Fortunately, over the past two years, I’ve learned that more than 70% of my readers are over the age of 55 too. However, there aren’t that many books about that time of life in the romance genre. Yet, in the U.S. alone, there are now more than 80  million people who fit in the over 55 age bracket. 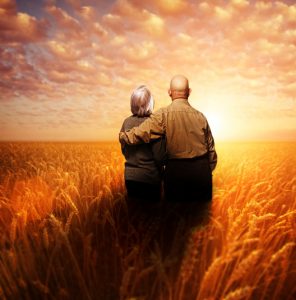 Similar to the Sweetwater Canyon series, these books are going to lean toward the Women’s Fiction side because I think including the challenges of this time of life is important. There will still be romance because, let’s face it, I still think love makes the world go around. However, finding a mate won’t be the central focus of the story. I want to explore how relationships change as we age–relationships with children and grandchildren, relationships with aging parents and life partners (married or not). I want to explore how we view ourselves and how we fit in the world. I don’t know right now if any of my characters will be looking for new love or not, or if I’ll be exploring long term marriages and their challenges. There is really a diversity of ways women choose to live if the find themselves without a marriage partner. Some choose to stay single the rest of their life. Some choose to look for a new partner. Some choose to become a “couple” but not remarry, and often not even live together. There are so many possibilities. I’m not sure which ones I’ll explore yet. It will depend on the stories.

I’ve always said that I write stories about “finding yourself” at every age. Many people think that journey is undertaken and resolved from teens to new adulthood. I suggest that is not the case. That at each stage of our lives we undertake the journey again because we are asked to be different people and to have different responsibilities. Sometimes we subjugate our own needs for that of others. At other times we find a way to put our own needs first. The First Act is that teen to new adult time (about age 15-25). The Second Act is that time of finding careers, having children or choosing not to have them, and settling into a lifestyle (about age 25-55) where “the work” is the primary focus of life. The Third Act is, in some ways, the questioning of life before and what’s to come. There is certainly a period of looking back on all that has transpired and evaluating it to determine what we want to keep and what we want to change moving forward. As children leave the nest, we retire from long term careers or start something new and different, new questions and different answers present themselves. Of course, after 55 we are faced with decisions about the end of our lives. How do we perceive that? What do we want to happen? Do we care that we have left a legacy of any kind?

I’ll be using Theresa and Graham to start this series off because they have a lot of “firsts” going on in their lives after the end of Two Voices. They are both over 60 years old, navigating a new marriage, moving to a new home together, and making decisions about what’s next in life. I don’t have a settled name for the new series. I’m also not sure if I want to keep all the characters in the Sweetwater Canyon geographical area, or have the books more loosely related by theme instead of characters. It sounds like I don’t know what I’m doing, doesn’t it? This is my process when I start something new. A lot of kicking it around until something settles in my brain and I can see at least three books.

Here are some ideas I’m kicking around for series naming. The first one sits best with me, but I’m not married to it yet. Does any one of these sound most intriguing to you? I’m open to other ideas too. Just comment below or in the Maggie’s Reader Group Facebook page. Does this new series concept sound like something you’d want to read? It’s okay if you say no. I know it’s not for everyone.

I do have two more books in this series already in progress. Unfortunately, with the crazy late spring and early summer schedule and commitments I’ve had this year, my planned release of both of them has been shifted back. My hope is still that Vanished will be released by the end of 2018 or beginning of 2019. Silenced will need to move into Spring 2019. I really love this series. I love the characters and I see them taking on many more adventures beyond these three books. However, after silenced, the next books won’t start delivering until 2020. My schedule for 2019 is already really packed with 6-7 new titles. I don’t think I can write faster than that. 🙂

If you’ve read my novel, Eternity: Virus Wars, you know it is primarily a Science Fiction novel. However, there is a small romantic thread woven throughout. However, the romance is not the central thread of the story. It seems I am incapable of writing a novel without romance in it somewhere. In 2019 I’ll be combining more Science Fiction and Romance in two different ways. 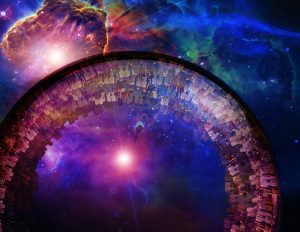 One is that I have two more Eternity-related novels planned. If you remember, in the first book the characters talk a bit about Harmony Station as the beginning of earth’s skyway to new planets. It is a large space station in orbit around earth that is being used as a platform for moving further into space. The next novel puts some of my previous characters, and several new ones on Harmony Station. Eternity: Harmony Station explores the excitement and the pitfalls of working together in small quarters and building a generational ship that will take people into unknown territory as they search for new planets to colonize.

The third book in the Eternity series takes large groups of people into space via a generational ship. Eternity: Generations puts my characters on a large, city-like ship that will take hundreds or thousands of years to search for new planets to colonize. I think of it as a combination of xx and xx. I’m still thinking about how this fits in with the other two or if it is a series in itself.  In any case, I have lots of cool, inspirational images stored up, like the one to the left, to stoke my imagination. 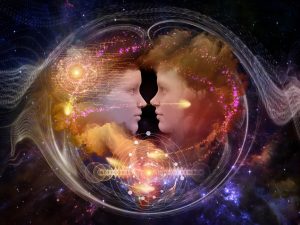 I’ve been talking with a small group of science fiction romance authors about doing a shared world project. We all have written many novels on our own (and some in other shared worlds) and we share the same love of Science Fiction and Romance together. If you are unfamiliar with shared world projects, they are books written in the same time period (universe) with different cultures and characters. Each author writes her book herself, but fits it into this universe. The reason authors do this is to be able to release a book every three weeks or so to keep our voracious readers satisfied. It is very difficult for an author, alone, to write that fast continuously. So we share the burden and hope that readers like all of us equally. I haven’t done this type of project before, though I’ve been several times. I decided 2019 is a good time to try it with the right group of authors. We are still working out details, so it’s not for sure yet. But if it is finalized, expect to start seeing these books in mid to late summer. I’m really excited about this, so fingers crossed it works out.

So, what types of books are you looking forward to reading in 2019? I hope some of these will be on your “must read” list.