This Tuesday’s question comes from Teresa. She asks: “You write a lot about the music in your Sweetwater Canyon books. I know you said your husband plays the guitar, but I wonder how you know so much about the fiddle in Rachel’s book. I play the violin in an orchestra and I’m surprised by the amount of detail you know. Are you a hidden fiddle player?” 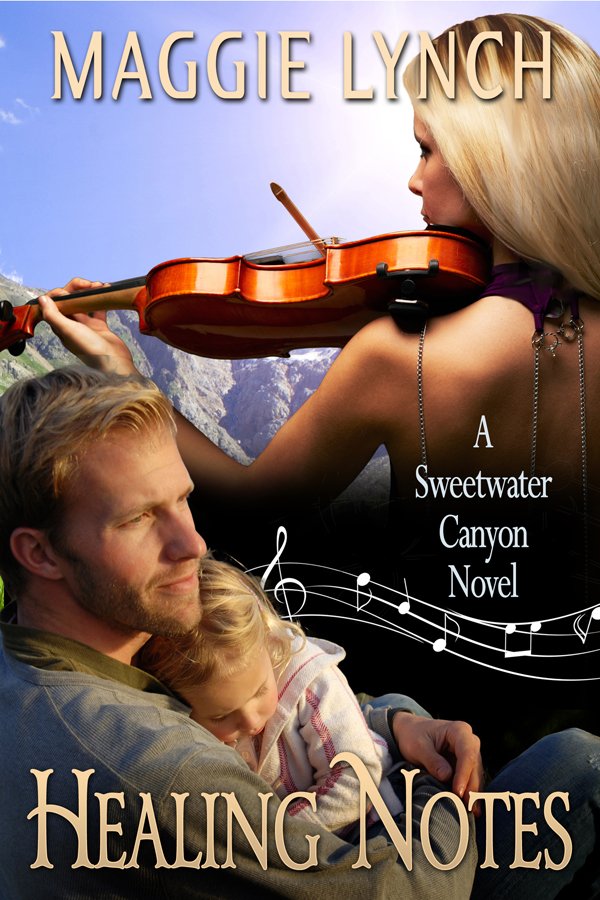 Thanks Teresa for suggesting there might be some hidden talent with the violin. I can honestly say whatever talent I may have had at a young age did not come to fruition as an adult. I did take up the violin in fourth grade. In those days (1963), in my public school in California, fourth grade was the first time children could choose to learn to play an instrument. We had a dedicated music teacher and he had an after school band practice and an after school orchestra practice. When I look back on that, I wonder how my parents ever let me choose the violin. It is soooooo squeaky when you are first learning to play. 🙂

The way children were encouraged to choose an instrument is that a full symphony orchestra would travel to the elementary schools in the district to expose us to different instruments and their sounds. First they would play an instrument and tell you a bit about it. Then they would end the teaching of the different types of instruments by playing the symphony, Peter and the Wolf, with a narrator that talks about the instrument sounds and sections as they come in. If you are at all familiar with that, every instrument in that symphony has a special role to play in the story. The instruments become the characters.

The idea was that you would listen to it and then choose the instrument that you liked the best. As the oldest of six children at that time (we eventually had nine), the option to take lessons or even to own an instrument wasn’t in the cards. But the school made this program free for lessons and we could rent an instrument at a very reasonable cost. I don’t now that public elementary schools offer this anymore anywhere in the U.S. Both of my parents loved to sing (my father sang in the church choir) and we often sang at home gathered around an old piano that had been gifted to my family by an anonymous person. My mother played the piano, sometimes relieving the church accompanist, so I did have piano lessons from her from about age 5 to 12 or so when I stopped practicing. But I wanted something unique to me.

I chose the violin because I loved the lyrical sounds it made–everything from a babbling brook to walking a path in the forest. In my imagination when I closed my eyes I could make up entire stories when the string section was playing. Yes, I started with one of those half-size violins, just like Claire in the story. I continued to play through high school and half of college. My junior year of college, for financial and practical reasons, I sold my violin, among other things to pay for the rest of that year in college. I wasn’t a music major and I had no belief that I would ever be good enough to make money with my violin. I played in a community orchestra and never pursued going further. When I started working after college, I purchased a portable keyboard so I could still write music and play songs I wanted to learn. For the most parts, my musical desires were filled with singing in the church choir and occasionally a community choir. 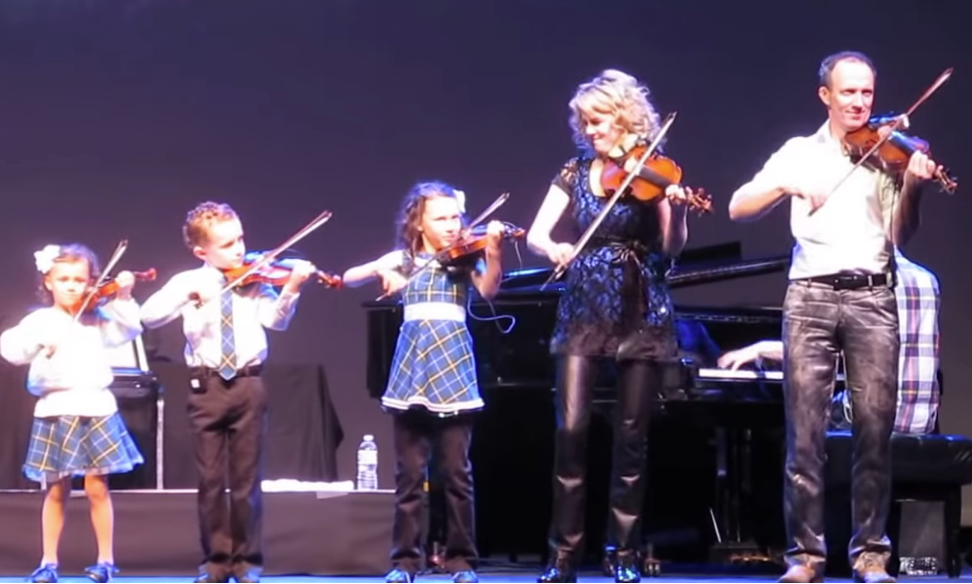 Natalie MacMaster with her husband and three children playing fiddle and dancing in the Cape Breton style. Click image for a YouTube video of them playing.

About 15 years ago I thought I might try to learn fiddle and join my husband when he played traditional music. I rented a violin and took fiddle lessons for six months, mistakenly believing that my classical training would easily morph to the fiddle. Not the case, it turns out. The fiddle takes good ear training and a sense of abandonment with the traditional songs. I learned to read music well and to be nicely reserved and proper. At the end of six months, I realized it would take more practice and concentration than I was willing to give it. At that point I’d made the decision to devote my creative energies to writing and I didn’t have the time (still don’t) to take on two creative skills and the constant practice and attention they required.

Much of the research for the book is my memory of playing as a child and through the beginning of college. I also shared the beta version of the manuscript with a couple of traditional music fiddlers. They gave me a few phrases and made some suggestions to add more flavor as well. I love fiddlers, any time I have a chance to go to a concert with Alison Krauss or Natalie MacMaster I do. When my husband and I traveled through Scotland and Ireland, we attended many Ceilidh’s that featured musicians; and we went to a few paid concerts with traditional musicians. So, that music really is in my blood.

Speaking of Rachel’s story, I wanted to let everyone know that I’ve just finished approving the entire narration of my audiobook for Healing Notes. I’m so excited that it will be released in early October. I’m particularly pleased with how the narrator, Sonja Field, handled Rachel’s Scottish accent in this book as most of it is in her point-of-view. She really hit it out of the park AND she knew how to pronounce all the Gaelic words in the book as well. You can have a listen to the first five minutes below. She is narrating the entire Sweetwater Canyon series for me. So expect more of her wonderful voice in the future.