This one is from Sherri, and I think it is particularly appropriate for today’s date. She asks a question about my book Expendable:

“Before reading Expendable, I never thought about PTSD. I heard about it from my Dad who was a soldier in the Vietnam War. But he didn’t really talk about it. I just remember him and my mom getting in fights, and when I asked her she said it was because of his PTSD. I still don’t really understand it, but I was wondering what made you want to write about it in this book. Do all veterans have PTSD?”

Thanks for this question, Sherri. Let’s start with a little information about PTSD to put it into perspective for both the book and anyone who has suffered a traumatic event. 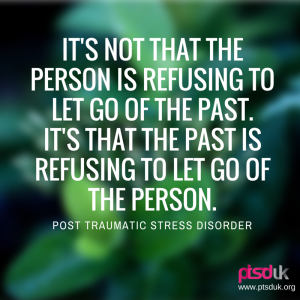 PTSD, which stands for Post Traumatic Stress Disorder, is a common emotional response in people who experience trauma. We hear about it mostly associated with war veterans because they see people killed and face the daily threat of their own death. Not everyone who goes to war comes back with PTSD, but we are learning that a lot more do than we realized.

However, lots of other people who are not veterans also suffer from PTSD. Refugees who have fled their country often have PTSD because of the violence they faced (or endured) daily both in their country and in the flight to get out. People who have been assaulted suffer PTSD—whether that’s assaults from domestic violence, rape, or gang violence. Students in school who are bullied and beat up often suffer from PTSD. Women who faced constant sexual harassment at work and feared for their jobs or their safety sometimes suffer from PTSD. Sometimes what appears, on the surface, to be a small trauma can end up with someone developing PTSD—like a car accident or the death of a loved one. In reality, anyone can develop PTSD at any age

To get a good general understanding of PTSD, it’s symptoms and treatment, I suggest visiting the National Institute of Mental Health page on PTSD.

Why did I make Reed have PTSD?

When I conceived of writing this book, our oldest son was leaving for his first tour in Iraq with the Marine Corps. This was a year or so after the terrorist attacks on Sept. 11, 2001. I was really worried both about his safety and about him coming home with PTSD. I’d had many friends who’d served in the Vietnam War who came back with PTSD, though most of them were undiagnosed until years late. I did not want that for my son. Writing about it was one way for me to deal with my fears and to prepare to help him if he did indeed come home and need mental health assistance.

Fortunately, our son came home fine. He had witnessed people dying in front of him, and his two tours in Iraq were not easy. However, he had strong sense of himself and the world, as well as core beliefs that helped him to deal with these traumas. He also has a large extended family that corresponded with him while he was away, embraced him when he was home, and listened to him when he wanted to talk about his experiences. Many people are not so lucky.

Note: Though I completed the first draft of this book in 2003. It took seven more years of finding an agent and a publisher before it was first published in 2011. It was that experience, that changed the way that I’ve chosen to publish and run my author business now. When I got my rights back, I re-published it with some changes to set it up for the Shadow Finder series.

Why did I make Jenna also have PTSD?

In the beginning it was just the way the character developed. Jenna and Reed were polar opposites in the way they dealt with the world. Reed, through long military service and having seen horrible things, was protective, assertive, sometimes angry, and a pessimist in general. He was comfortable with guns and had no problem killing someone he deemed bad or evil. Jenna, on the other hand, is a pacifist—a person who believes that war and violence are never justified. You can imagine how the two of them wouldn’t see eye-to-eye. 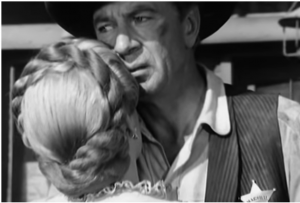 When I was young I remember a movie that really left a huge impression on me regarding values and what life throws at you. It was High Noon, with Gary Cooper and Grace Kelly (released in 1952). Grace Kelley plays a Quaker woman who can’t accept a man who is comfortable with violence. Quakers are pacifiists. Gary Cooper is the local sheriff–obviously a man forced to live a life of violence. Local Sheriffs in the old west didn’t stay alive if they weren’t willing to kill. As things heat up, in town and between Gary Cooper and Grace Kelly, then fall apart, these people are faced with untenable choices and have to act in the moment. I won’t give away the ending because I think it’s a great movie worth seeing if you haven’t.

In some ways this echoes my own relationship with my husband, not exactly but in the themes. He lives and breathes military history. Both of our sons have been in violent jobs. I’ve told you about our eldest who was in the Marine Corps for six years. Our youngest is a police officer. They are their father’s son in most ways. I am more like Grace Kelly—a pacifist.

That doesn’t mean I wouldn’t defend us. I would kick and scream and fight for my life or the life of others in the moment it is needed, and have been known to do so in college. I took self-defense classes when I was younger and learned techniques to disable someone without necessarily harming them. I could hit someone over the head with a frying pan or stick a knife in a leg or stomach if I had to. But I could never do it with the intention of killing. I know if I had that intention I would be so conflicted I would be ineffective, probably completely unable to act. Believe me there have been many interesting discussions between me, my husband, and our two sons about this. We have all agreed to disagree and still love each other.

When Jenna goes into her depression, a symptom of PTSD, at the end of the book it is because her beliefs were tested. She had to act in self-defense and she brought fatal harm to another person. It’s not that she is a bad person for doing that, in the eyes of the law, but she doesn’t know how to deal with this new knowledge of herself and what she was capable of doing.

Life is one continual test of our beliefs. It is a test of who we think we are, and what we will do when pushed to our limits. Everyone has a breaking point. Fortunately, most people never have to learn what that breaking point is. But when you do break often the result is PTSD or some other mental illness—either temporary or permanent.

This story uses PTSD as a challenge to daily life, not as something that stops people from living. For me, the triumph of this story is how each character manages their life in spite of their fears. None of us is perfect. We all have our baggage from the past, our fears of the future. But we can and often do find a way to move forward. 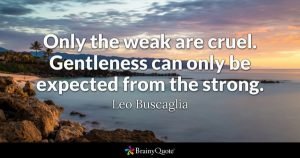 This book, and subsequent books in the Shadow Finders series, celebrate the ability of humans to move forward no matter what happens in their life. Not that it’s easy. Each person has a singular road to travel to meet their challenges—whether that is PTSD, fear of the future, grave disappointment, grief and loss, physical or health challenges. In spite of all that derails us in life, the majority of people find a way to make it through anyway. Sometimes we need a lot of help, sometimes a little.

And through hard work, most people do more than survive; they find a way to thrive. They find their purpose in life and live it every day. Now that is a happily-ever-after ending!