August 13, 2018 In Author Shares
Today, I’m featuring author Kevin Berry, who lives in New Zealand. Kevin writes stories that you rarely see in fiction. He writes about characters with a variety of mental and physical health challenges.
This is very close to my heart because I have several siblings who have lived their life with these challenges. I have a brother who is on the Autism spectrum (now 50 years old) and 50% deaf; another brother who is non-verbal and severely developmentally challenged; and two sisters with minor developmental disabilities. Anyone who is “different” in our society faces a battle for identity and how to fit in to a world that doesn’t match the way they think, react, or even visualize and process information.
Kevin has two books available right now featuring these very special characters who will make you laugh, cry, and even ask yourself what you would do in these situations. The books are Stim and the sequel, Kaleidoscope. 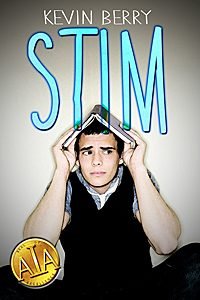 Here are a couple of reviews of Stim that really articulate the experience of reading this book.
“This book is going to make you laugh and cringe and hyperventilate and feel joy and sorrow all in a short amount of time, but it’s going to live in your heart for a long time.” – My Book Addiction
“There were so many laugh-out loud portions of this book… There were so many things that made this novel quirky and fun… At the same time, parts were absolutely heartbreaking…” – Becky on Books
I asked about Kevin’s inspiration for these books, and here is what he said: 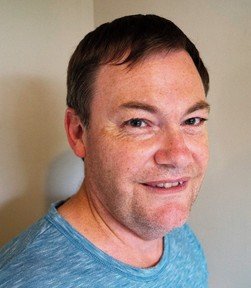 “There were no books available that realistically conveyed how young adults / new adults who have ASD (Autism or Asperger’s Syndrome) actually feel. Stim is written from the point-of-view (POV) of a young man at college, Robert, who is seeking love and meaning in his life. Kaleidoscope, the sequel, is written from the POV of his friend, Chloe, who has bipolar disorder as well as ASD.
There are books for young children, but few, if any, for people coming of age. I could write these stories authentically because I have both of those conditions myself.
Another inspiration was the Christchurch earthquakes, which feature in both books.”
Kaleidoscope continues the story that began in Stim, but it is now from Chloe’s point-of-view, and involves their budding relationship much more strategically.  Kaleidoscope also delves more into the impact of the earthquake. I know a couple of people who were in New Zealand during the earthquake, and all I can say is PTSD was a common reaction for both of those people who previously were living an amazing life.
No one knows how devastating it can be when you lose not only your home, but basic services like water and electricity. Add to that unable to get medications that keep you calm and upright and you can only begin to imagine how difficult that situation is. Kevin weaves all of those experiences into this sequel.

This review from Kristen at Pretty Little Pages captures the essence of the characters.

“Kaleidoscope was filled to the brim with humor, both intentional and unintentional alike. I mean, there’s a missing kitten named Sex. Yes, Sex. The references to the cat had me laughing out loud at some inappropriate times while reading.

Chloe was a character that I wanted to know more about from the very beginning of Stim. This made Kaleidoscope an enjoyable read since it’s from her point of view. The thought process of Chloe is so authentic and unfiltered. I am so pleased that Kevin Berry gives an unabashed glimpse into the mind of Chloe.”

Kevin, do you plan to write more in this series?
“At present, these are the only two books in the series. I have lost count of the number of times I’ve been asked to write a third. I may write one, but only if I can be sure it will be as good as the first two.”
In addition to these books, Kevin also writes speculative fiction in both short and long forms. Again, someone after my own heart. I’ve never been happy to stick with one genre, though it probably would have been a more lucrative career had I done that. When I asked about his other projects he said:
“I write in various genres because I like to challenge myself and write in different voices. Recently I’ve been writing middle grade interactive fiction which has been published by Fairytale Factory. I’ll continue doing that, so my next release is likely to be another one of those, following on from Stranded Starship, Duel At Dawn and Movie Mayhem (due to be released in May or June).”
Thank you, Kevin, for being willing to be featured on my blog and social media. More than that, thank you for writing so authentically and giving voice to your characters in a way that is both serious and humorous. I hope you get a good number of new readers from this.
To my readers, if you want to read stories that are unique…stories that give you a different world view into how young people become adults these two books will do that. I will gift both of these books to one lucky commenter on this blog or on my my Facebook page @maggiewrites.
Lets Connect!. Follow me on your favorite social media sites

Visions of the Future through Science Fiction