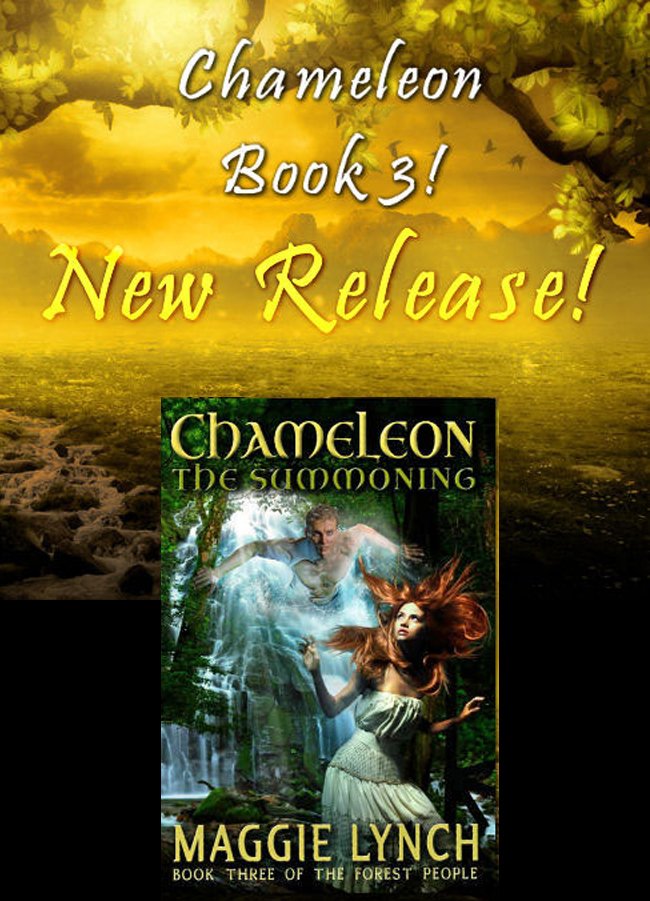 I am so happy to finally let readers know what happened to Dagger and what Camryn has to do to get him back. The powers of Light and Dark are still raging in both worlds. For Camryn to get Dagger back she has to accept both of those powers, find unity within herself, and stop fighting her calling as the Chameleon of prophecy. Here’s the blurb:

She turned a man to ashes. He scattered himself across time and multiple dimensions. Can she recreate him in time to save his life and prove she is the chosen one?

Surviving the ultimate transformation and the Agnoses predators, Camryn now faces the rise of a new Mazikeen Queen who thinks nothing of calling the darkness for her own needs. With the Forest People on the brink of war, she retreats to the solitude of the Cloud Forests. To grieve. To heal. To accept she is the Chameleon of prophecy.

But the ancient world proves to be anything but quiet and she is far from alone. Guided by the First Forest People, who are now elemental spirits, Camryn must master the powers of air, earth, water and fire. Only then can she enlist her thunder dragon, control time itself, and save Dagger from the void.

Even then, her quest is far from over. With the realms of Forest and Human pitted against each other, one world teeters on extinction while the other tips toward eternal darkness. Only Camryn seeks a balanced resolution, and with it an impossible choice requiring her to make the greatest sacrifice of all. 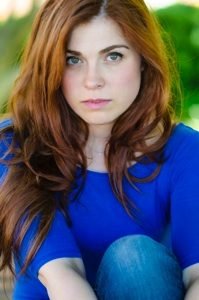 I feel really good about how this ended. It is a fitting close of the trilogy. It ties up this part of Camryn’s learning. So, if people want to stop after three books they should be satisfied. Also, Rachel Jacobs, the wonderful audiobook narrator on the first two books is working on this one right now. This will be the closest timing for a new release ever. The release is expected to be in early December. Which probably means it won’t be in stores until just before Christmas. I’m just happy she can fit me into her busy schedule. Her picture to the left even reminds me of Camryn with the red-hair and her youthful look. I’m thinking if there were ever a movie made, Rachel would fit right in as the lead. After all, she’s narrating all the books and really knows these stories!

Of course, I do provide a hint of what’s coming in Part 2 of this fantasy world (books 4-7). In those books, Camryn’s magic is fully developed but what she needs to learn is all the politics and leadership required to save two worlds—The Forest People and the Agnoses.

Right now, I’m not sure when I’m starting Part 2. I have a lot on my plate for 2019 already. Though I’ve written basic summaries for each of the four new books, they need significantly more plotting because all the moving parts are much more involved than they’ve already been. And I really need to plot out all four at once to make sure each book completes a segment satisfactorily while maintaining a growing arc over the entire series.

For now, I’m going to celebrate this trilogy for a while. For anyone who is interested in getting all three in a boxset, I’m offering it for a very special price of $7.99 ONLY on my Direct Sales site. If you use the maggie20 code, you can get an additional 20% off the sale price for a total of $6.39! Right now, I’m not putting the boxset up anywhere else.