Smart Ways to Choose Your 2018 Goals 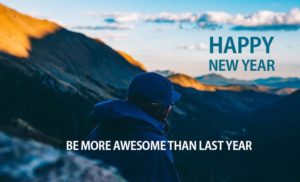 For most writer’s the New Year is the time we set our goals for the year. If we happen to have an editorial calendar which spans multiple years (mine is at least three years), it is also the time we make adjustments based on what happened last year and how we want to move forward.

I belong to an author accountability group where we all track our word count against our stated goals. It is not a matter of comparing my word count to someone else and falling short or getting out more words. Instead, it is that we’ve each stated our own goals for the year and are sharing our progress with each other. But the competition is only with myself.

Stating my goals and reporting weekly on my progress is a way to keep me honest with myself too. Just like exercising or dieting, I find it incredibly easy to rationalize why I didn’t do something. But with an accountability group it’s much harder. Not that they will berate my failure. All of us have things that get in the way of writing–some external circumstances and some self-sabotage. Fortunately, the group understands and still provides support. If asked, they will also provide advice. Most importantly, at least for me, is it doesn’t let me off the hook. It removes my ability to rationalize and not really learn a lesson from what caused the failure to meet my goals.

One thing that happens to a lot of authors at this time of year is that they get to the end of the previous year and inevitably feel they could have/should have done more. Even if there were good, justifiable reasons for being behind or for not electing to do something it is really hard not to feel a bit depressed about what you failed to accomplish.

For me, I had misjudged my ability to balance multiple projects and overcommitted my time to things that were not related to writing. That slowed my production significantly. It wasn’t until August that I felt able to really concentrate. Though the goals I set in January were designed for an entire year, I still wanted to accomplish them by the end of the year. Yeah, crazy. Believe me I know. 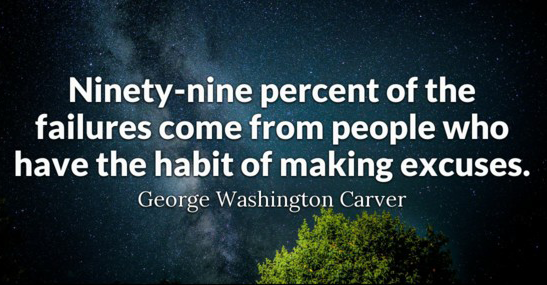 So, even on December 15th when most people were sanely stepping away to be with family or take a break, I was still pushing to get my goals accomplished. I knew I couldn’t get out two more books in 15 days. I’m not a miracle worker. So, I had to letgo of those two goals and reschedule them into 2018. However, there were other things I could accomplish, like getting my course videos up and ready for early 2018 availability. I finished the year with 4 out of 6 lectures recorded along with generating the transcripts. This week I will have the remaining two recorded and transcripts loaded. I did take Christmas Day off and New Years Day off to spend time with my husband and not do any work. My plan for 2018 is to take over the last two weeks of December and enjoy the holidays more.

The key to not burning out is knowing your limits and accepting them. I don’t like not meeting my goals. But I also know that goals made in January are likely to be changed because stuff happens–not only bad stuff but good stuff. For example, I was invited into four multi-author bundles this year. I had none of those in my January goals. To participate in those means I had to give up something else. There are times I can work a little longer, put in more hours. But there is still only 24 hours in a day and some portion of that needs to be relegated to food, exercise, and sleep or I won’t be around to enjoy the fruits of my labor.

Some people get around this goal setting problem by setting really low goals. For example, they know they are capable of writing 1,500 words a day (approximately 5 pages), five days a week. That would mean 75K words in a year. That’s one long novel or two novellas for the year. But instead of making that their goal, they back off and make their goal one novella 15-20K. Why? Because they are so afraid of not making the goal, and feeling bad about it, that they choose to back away.

For me to lower my goal is definitely a problem. I am goal driven. That means once I’ve written a goal that is what I aim for. A lower threshold means I don’t strive quite as hard. I allow myself more excuses. But not everyone is like me. I do know authors that regularly exceed their goals. In fact, in my word count accountability group three people exceeded their goals by more than 100%. By giving themselves a lower bar it somehow gives them power and motivation to see how far they can exceed it. Kind of a win-win. 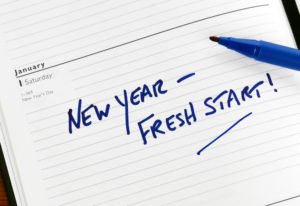 I’m the opposite. I set what I call a “reach” goal or an aspirational goal. Sometimes I do make it, but sometimes I don’t. For 2017, I ended up two books short of my aspirational goal. But I also know that having that goal made me work a lot harder than I might have–especially in the last four months. Having accomplished what I did in the second half of the year, I also realized that pushing toward that goal ran up against my inherent laziness and made me do it anyway. It also ran up against my typical self-sabotage behavior. That’s the get to the middle point of a book and realize that it’s the worst thing I’ve ever written and be stuck in that. That process still happens but, when I’m pushing hard to meet my aspirational goals, I force myself to write anyway. The goal is pushing me, because I know that I’m choosing not to write. I’m choosing to wallow in my fears instead of reaching for my aspirations. Having that deadline makes me move forward just to complete the book.

But, in the end, I do have to accept the reality I’m dealt. In the end, I have to be sure not to push so hard that my physical or mental health will be compromised. In the end, I have to believe that, though I didn’t meet all my goals, it isn’t the end of my career. I can take the lessons I learned last year and apply them to 2018. I believe those lessons will provide some new opportunities I don’t even know about yet. I’ll move the goals I missed forward and now that I’ve rebalanced my commitments, I believe I can get those in and 4 more books. That’s six books for 2018. I know I’m capable. The key is focus. And regular exercise and eating healthy and still providing time for family and outside interests.

Now back to work. How are you holding up? Are you grieving what didn’t happen or celebrating what you did accomplish? Have you set your goals for 2018?

What’s in a Name?