Looking Back Helps to Move Forward 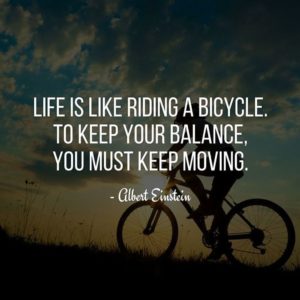 This is the time of year many writers start to prepare for their New Year’s goals. What will they write? How many books will they release and at what times? Will they pursue something different or stay with the same series or genre? Where will they invest their time in 2018?

So many questions; and it can become daunting. I’ve found that the more I know, the more daunting it becomes. Back in 2011 when I simultaneously published a contracted fiction book and an indie book, I thought there was no doubt I would be a bestseller within two years. I was working toward my third novel and thought, for sure, that would be the time I’d hit a list. How exciting! How naive.

In 2014, I settled down (I had to because I was suddenly retired 4 years ahead of plan) and needed to seriously reassess how to make this new career pay off or go find something else. In previous careers, I knew how to look at profit and loss, create budgets, analyze what was working and what wasn’t. I’d both worked for large, established corporations and for startups. I’d been in business for myself and in Academia. Why hadn’t I applied those skills to my writing career? Two reasons: 1) I believed writing was a completely creative endeavor. I love to write and tell stories, so it was just a matter of finding the right story in the right genre at the right time and magic would happen. 2) One of the reasons I planned for my writing career to carry me into retirement and beyond was that I believed it wouldn’t take that much work. When I wrote short stories and had them accepted in magazines and anthologies, it was a fairly painless process. Spend a couple of days writing, another one editing and then send it off. Sure I got plenty of rejections, but I also got plenty of acceptances. Even my first couple of novels seemed fairly easy. They took longer and needed more editing, but it wasn’t painful. And I was writing those while working a job that required 50-60 hours per week from me on a regular basis 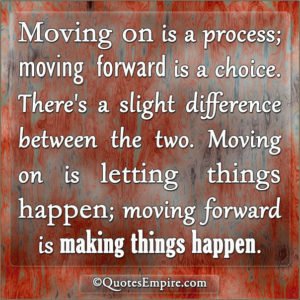 There are a lot of memes on the web that say: “Never look back, that is your past. Move forward to your future.” Or something similar. I’m a person who believes if you don’t look back with honesty and evaluate what happened and why, then your path forward will be more difficult. Because you will just keep trying new things without any experience to inform your deisions. Especially for authors, or any creatives, it is true that there is no one way that works for everybody. Though your books are products, they are not widgets. The process for creating that book is as different as each individual, and the outcome is also as different. You have to understand what happened in the past and embrace it for the learning experience it provided. Take what worked and move forward. Understand what didn’t work and learn from it.

I’m pretty sure I was not alone in this belief that writing books is not at all like running a business. I had transitioned from the traditional, contracted publishing world where agents and publishers always did a kind of virtual pat on the head and told me to go be creative and they would take care of the rest. I figured that indie publishing would be that way too. Sure, I knew I had to pay for some up front things like covers and editing. I could do the formatting and loading myself. But then you left it alone and wrote the next book. Well, that didn’t work so well for me.

Turns out, writing IS a business. Whether you are traditionally published or indie published, if you want it to be a career that pays real bills on a regular basis, you have to treat it as a business. That means looking at income and expenses, profit and loss, and analyzing what is working and why so you can duplicate that success and build on it. It means keeping on top of the industry and it’s changes and making decisions–sometimes scary investment decisions–on what you will adopt and what you will not. If this isn’t something you are willing to do–either on your own or by hiring trusted advisors (a CPA was #1 on my list in 2014)–then chances are you would never make enough to consistently have a career that could pay the bills.

How Do You Analyze Income and Expenses? Profit and Loss?

There is a lot of depth to this discussion, some of which I honestly leave to my CPA. That’s why I pay her. However, there are three things you can look at yourself with a basic spreadsheet or a pad of paper with columns and a calculator.

If you do this when you are starting out, it will scare you to death. And it should. It should let you know that you are in the investment phase and making no profit when you start out.

I’m going to do these calculations for my first indie book. I’m not even going to do it for my traditional book because that took four years of sending out before I got an agent and another year before I had a contract. So, even looking at 5 years of time spent without income would blow it out of the water. What is a fair value for your time? Even though my first published book was actually the fourth novel I had written, it still had a lot of learning and editing to do. I assigned the minimum wage in Oregon at that time which was $8.80 per hour. (Note: It is now $10.75 and $12 in the metro area where I live). If I had charged per hour what I was making in my day job, that would also not be fair because I had trained for years to do that–30 years in fact. So, I valued my writing as if I was starting over.

Paid for a blog tour, which was all the rage then = $75.00 (I don’t remember how many hours I spent answering questions in the blog, but it wasn’t much because the truth is the same 10 or so people followed me throughout the tour and asked similar questions)

Just as a comparison, my trad book with a small press that year netted me less than $500.

Some of those depressing numbers have to do with the state of the industry back then, as well as my lack of knowledge on what to do that might work. It also has a lot to do with not having any other books in that genre available.

Let’s compare this to a release in April 2017 of a novella. This was in a series, where I already had 3 other novels and a novelette. I also had spent the year building my mailing list and a street team. I did not pay for any ads. I did not do a blog tour. What I did was push to my social media and to my email list.

Why the lower cost? I write faster and cleaner than I did when I started. Also my novella was 35K words vs 75K words for my 2011 novel.

That is just on that book. There has also been sell through to other books in the series. I haven’t done the annual calculations yet. The point is it took time, patience, paying attention to what needed to happen and doing those things. Now, if I could make this every month I would be at my $50K goal. But I’m not because to repeat this means I would have to put out a new book every month and probably in this same series.

So, what did I learn?

2011 to 2014 were the naive years. Even though I knew a lot, I wasn’t implementing. I was in the glow of being a “writer” not the reality of being a business. 2014-2016 where the transition and experiment years. I learned to move from writer to author entrepreneur, or as Joanna Penn calls it Authorpreneur. I learned what I need to give up and where I need to focus. I learned a lot about balance and imbalance between a career and a life. 2017 (actually 1/2 of 2017) I finally put it all together and saw what the work of the previous 5 years had done.

Moving Forward What Does it Mean?

I’ll share my goals next time. What my schedule is going to be for 2018. I always have a schedule and I always fight to keep to it. I rarely stay exactly to schedule. Opportunities come up that make sense. To put it in my schedule means either something else is pulled out, or I have to write faster or be more efficient to keep both of them. That is another value of entrepreneurs. You DO have a plan, but you also make space for change. Some change are challenges that impact your goals–health, family, sudden unplanned costs. Other changes are takin advantage of opportunities. But to do that you have to understand what the impact is on your goals as you evaluate whether to do it or not. Every challenge is different. Everyone has a different tolerance for how much change they can incorporate in their life. Review the first quote on this blog. Balance is moving forward. You cannot move forward without some change.

What have you learned in the past year? Are you satisfied with what happened? Is there anything you would change?

Smart Ways to Choose Your 2018 Goals