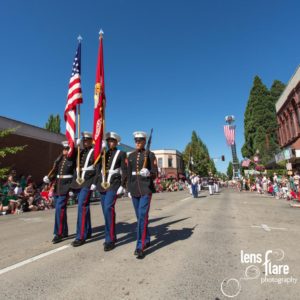 What are you doing to celebrate Independence Day? Fireworks, family and friends barbecue party, and perhaps time at a favorite destination is what most people do for the 4th. I like watching a parade too–particularly small town parades. My town is not so small anymore. It’s reaching 100,000 people. However, the downtown parade is still the type one would expect to see in a town of maybe 5,000. Our parade consists of home made floats from farm trailers or utility trailers, various marching groups carrying signs to espouse their clubs or churches values, and a few small marching bands or other musical options. The mariachi bands are my personal favorite when they pass in a float.

The other part of the 4th that is important to me is the chance to think of and thank all those who have fought for our freedom throughout our existence. Not only wars–though those are very important–but also in politics, in the law, in being willing examples of what it means to be a good citizen and to care for our neighbors. And to remember that the revolution was not perfect, but it did provide a framework for us to move toward a better world.

Revolutionary Americans decided that sovereignty would lie with the people of the nation, not in any single person (such as the king) or institution (such as Parliament). But in a democracy of checks and balances–the executive branch, the courts, and the congress–so that no one group could enact laws without the agreement of the others. The system devised was not perfect then, nor is it perfect now. But the ideal of “government by the citizens and for the citizens” was the fuel that fired the revolutionary vision of a just society. It is the ideal that allows for change when the people desire change. And there has been change.

In the beginning of our democracy, only free men who owned a certain amount of property were allowed to vote. But since then, the requirement of owning property has been dropped. Women are allowed to vote. Slavery was abolished. Based on the Bill of Rights and many constitutional amendments, we have moved forward. Are we perfect? Not by a long shot. However, we have a structure that allows for change. 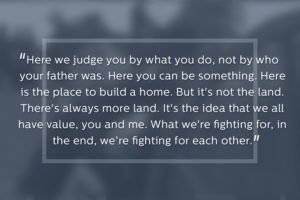 The great legacy of the American Revolution is that a government was established that allowed for debate and differences of opinion. The constitutional structure set up by our founders allows us to develop and improve as society progresses. Whenever we shut down debate–whether through riots, not allowing people to speak, or simply being bullies–we are willingly ignoring the framework upon which this country was built. This goes for everyone–from politicians who bully those who disagree with their view to individuals who bully and threaten others on Facebook in the comfort of a faceless interaction. Debate does not mean being a bully. Debate does not mean calling someone names or debasing an individual or a group of people because they have different opinions on progress. Debate means making logical arguments for change and following through on them. It means using the means that the framers put before us–the courts, the congressmen and women we have elected, the individual states rights–to effect change.

My wish for our 4th of July celebration is to  celebrate the hard work of the founders in providing us with a framework for citizen involvement. I urge every citizen to be involved by getting in touch with your representatives, volunteering to work on new laws, listening to the other side and looking for compromise. The only way we move forward is by each side giving something up in order to get something that’s most important. Without that we will continue to be churning in the whirlpool of opinions. Without action, without listening to the other side, we will continue to go nowhere.

‘Tis the Season for Holiday Stories

Blessings To ALL Types of Mothers