I’m sure you are seeing lots of posts celebrating Veterans today. I’m happy to see them, and to join them with my own shout out. However, I also believe it is important to celebrate Veterans and thank them all of the time. Just as I believe it is important to celebrate others who put their lives on the line for us–police, firefighters, health care providers, and many others. These experiences shape them, challenge them, and are always with them.

If you are one of my long-term fans and have followed my blog posts, you know I often share that Veterans are a part of my family, my friends, and those I hold dear. Our eldest was in the Marine Corps and served two tours in Iraq. His wife was in the Navy during the same time with deployments in the gulf. Unfortunately, it was rare that they were both stateside at the same time. However, they kept in touch and if there were even a few days together they managed it. They met in ROTC and were dating after graduation when they both went on active duty.  In both cases, they weren’t allowed to tell us exactly where they were or what they were doing. The deployment of a child during war is a scary time for those left at home. Believe me there was a lot of praying for safety and mental strength for our son.

Our son’s grandfather served in Korea and there are many other relatives–cousins, uncles and grandparents who served in WWII and Korea. I have friends, both women and men, who served in Vietnam. Some died. Others made it home with continuing PTSD. A few made it home and are okay.

Every year at this time I read many posts that people share, often about their ancestors serving in wars. Here are some things I learned this year.

Both of because of the heroic status of Veterans throughout history, and the known emotional toll that war takes, there have been many memoirs, biographies, and fictional stories that feature veterans.  Here are a few nonfiction books from different eras to consider:

Redeployment by Phil Klay
Phil Klay’s Redeployment takes readers to the frontlines of the wars in Iraq and Afghanistan, asking us to understand what happened there, and what happened to the soldiers who returned. Interwoven with themes of brutality and faith, guilt and fear, helplessness and survival, the characters in these stories struggle to make meaning out of chaos. In “Redeployment”, a soldier who has had to shoot dogs because they were eating human corpses must learn what it is like to return to domestic life in suburbia, surrounded by people “who have no idea where Fallujah is, where three members of your platoon died.”

Soldier Girls: The Battles of Three Women at Home and at War by Helen Thorpe
Describes the experiences of three women soldiers deployed to Afghanistan and Iraq to reveal how their military service has affected their friendship, personal lives and families, detailing the realities of their work on bases and in war zones and how their choices and losses shaped their perspectives.

The Things They Carried by Tim O’Brien
“The Things They Carried” depicts the men of Alpha Company: Jimmy Cross, Henry Dobbins, Rat Kiley, Mitchell Sanders, Norman Bowker, Kiowa, and the character Tim O’Brien, who has survived his tour in Vietnam to become a father and writer at the age of forty-three. It has become required reading for any American and continues to challenge readers in their perceptions of fact and fiction, war and peace, courage and fear and longing.

Why Marines Fight by James Brady
For more than two centuries, U.S. Marines have been among the world’s fiercest and most admired of warriors. This pounding look into the U.S. Marines is magnificent in scope and is written by an author that some Marines consider to be the unofficial poet laureate of their corps. Brady interviews combat marines from wars ranging from World War II to Iraq and Afghanistan, and records their responses in their own unique and powerful voices. These he crafts into an authentically American story of a country at war, as seen through the eyes of its warriors. Americans who experience Brady’s chronicle of this part of a soldier’s life and its lasting effect may find it impossible to forget.

FICTION BOOKS FEATURING VETERANS AND THEIR FAMILIES DURING AND AFTER WAR

There are many of these, but I want to give a shout out to my friend, Kristina McMorris. She started her career writing about WWII families and their experiences. Her first book was inspired by the love letters her grandparents exchanged during WWII. She does a great deal of research for every book. What I love most about these is that she writes compelling characters caught up in war and service and reveals the culture of the times. How do they survive? How do they love? How do they thrive?

Letters From Home. At the height of WWII, a Midwestern infantryman falls deeply in love through a yearlong letter exchange, unaware that the girl he’s been writing to isn’t the one replying.

The Pieces We Keep. A young boy’s violent, recurrent night terrors unseal a trove of family secrets tracing back to the Second World War, causing a ripple of irreversible consequences.

The Ways We Hide. A sweeping WWII tale of an illusionist whose recruitment by British intelligence sets her on a perilous, heartrending path.

Finally, I have one book myself, Expendable, that features a veteran from the Iraq War. I wrote it when our oldest son first went to Iraq with the Marine Corps. I channeled my fears for him, and the PTSD I witnessed rom the Vietnam veterans I knew and some of their challenges when they returned home. Then I mixed it with a mystery/suspense plot. I still have three follow-on books planned featuring the other veteran buddies in this first book. I’ve had the plots down for each one, but haven’t had the time to write them as so many other opportunities have been demanding my attention. But I will get back to them probably at one per year starting in 2023. 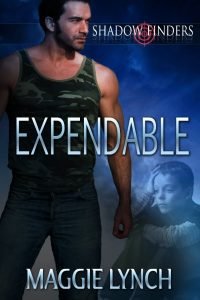 Children with no birth records and a soldier with PTSD together must define the value of human life.

Jenna Mosier is on a mission to save her murdered sister’s child. Estranged for ten years after a bitter fight, the trail is as cold as her dead sibling. The only glimmer of hope is the place her sister’s body and a ten-year old boy were abandoned…the backyard of Reed Adler, retired Marine Special Ops.

Working together, Jenna and Reed piece together a mystery involving missing children and biogenetics research..and find they have more than justice and revenge in common. But the closer they get to answers, and each other, the more deadly the game becomes. With their hearts and lives on the line, they must decide what they are willing to risk to save one young boy.

Honoring Veterans Today and All Days