Shayla Halsey wanted to be home for Christmas, but never imagined her travels would include spending the night in a brooding stranger’s cabin. Snowballing events cause her to look inside herself and recognize maybe it wasn’t being home she wanted as much as it was to have a home.

Mace Walker has his life in order and doesn’t want it disrupted again. Yet, when he discovers a woman stranded in the snow, he has to help her—despite her overbearing and reckless fiancé. In a matter of days, Shayla turns his life upside down and forces him to decide if he should leave town or face the consequences.

He left in handcuffs. Can he prove he’s turned his life around?

Van Donovan returns to Pleasant Valley, Oregon where twelve years earlier, as a boy of fifteen, he left in handcuffs after standing guard for a bank robbery. He’s learned a trade and excelled at it. He’s ready to prove to his father and the town he can amount to something.

Upon his return he learns the fate of the daughter of an innocent man who died in the robbery crossfire. To make amends he takes her out of the saloon and gives her a job. But can she forget his part in her father’s death? 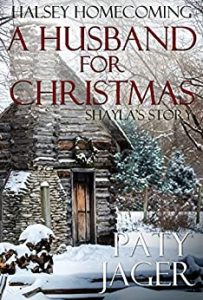 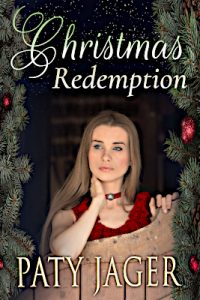 Award-winning author Paty Jager and her husband raise alfalfa hay in rural eastern Oregon. On her road to publication she wrote freelance articles for two local newspapers and enjoyed her job with the County Extension service as a 4-H Program Assistant. Raising hay and cattle, riding horses, and battling rattlesnakes, she not only writes the western lifestyle, she lives it.

All her work has Western or Native American elements in them along with hints of humor and engaging characters. Her penchant for research takes her on side trips that eventually turn into yet another story. ​